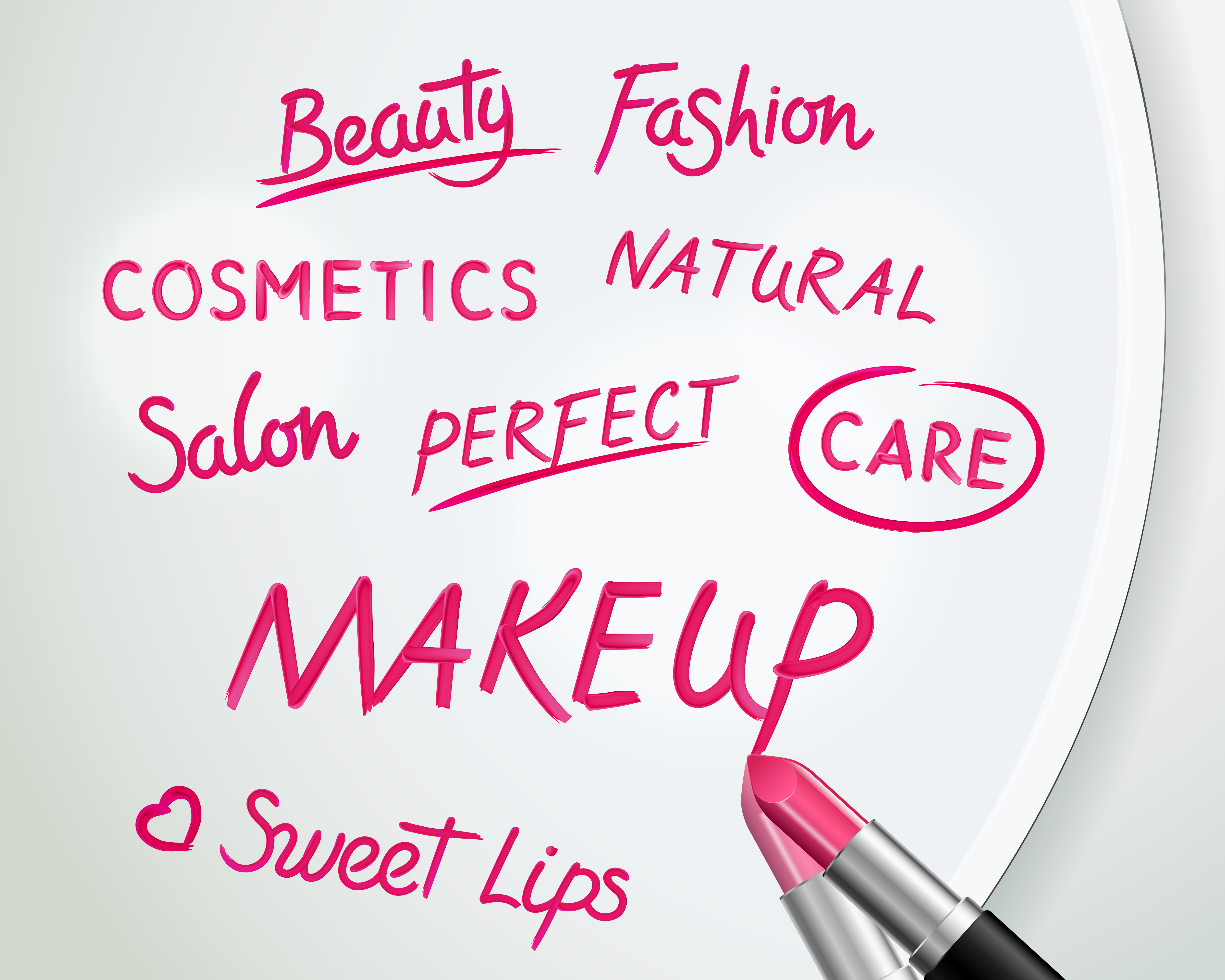 Logo font is the most significant element of Logo design, it just can make
the logo or can break it. Starting back in the 1600s making all the way to the
present, being the game changer the right font can boost the impact of your
logo and your brand, but the wrong one can kill it. These fonts are brilliant
as they are, but not to deny the fact that they are only a good starting point
of logo design. And they can be altered and modified accordingly to make
your brand outshine in a better possible way. Graphic designs are more
than those fancy colors and images, it does voice the aim and essence of the
brand through its theme, fonts and other elements, so we need to make
sure that all the elements are cohesive and do complement the brand.
There is a divergence of fancy font choices available and therefore
choosing the best font out of them becomes a difficult task for a graphic
designer. So as to ease this task a bit we in this article feature the best 40
Fonts that you can consider as an option for your next design project –

1) GARAMOND-Originated in the 16th century by Claude Garamond and Jean Jannon
it’s an old style serif. It’s more like an umbrella term for typefaces
rather than a single typeface. It became one of the most famous
typefaces when it was presented at the Paris World’s Fair in 1900
and was then followed up with plenty of variations. Garamond is
elegant, and the letters are very expressive and the series on each
letter are crafted in such a way that they perfectly define their own
personality, especially the ones on the capital “T”. As the serifs are
expressive enough they can be used in a playful context as
witnessed in the early Apple branding. If you want to have a
professional and a Logo with a flair personality, then this font can be
considered.

2) BODONI-Created in the 1700s (late) by Giambattista Bodoni is a Modern (Didone)
style font, 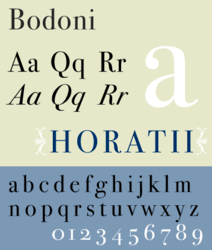 which was discovered when the typeface designers were
experimenting with the contrast between thick and thin type
characteristics. Giambattista Bodoni took this experiment quite
seriously and took it to an extreme and this resulted in the creation
of this dramatic font. It’s a perfect font for headlines, logos, and
decorative texts. As it has an aesthetic look and is resonated in big
brand logos like Vogue and Calvin Klein. And this font can also be
considered to be apt for mainstream fashion brands. 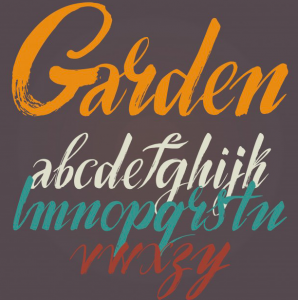 3) FUTURA-One of the most famous and most used typeface of 20th century is
Futura originated back in 1927 by Paul Renner. It’s not like other
regular fonts, and the geometric letterform gives a touch of
modernism to it. The style is a reflection of profound artistic
experimentation in Germany at that time. The examples of this font
are some strong brands like- FedEx and Swissair with modern yet
friendly letterform. Consider this font to be apt for the one looking for
a brand that can be globally recognized along with a touch of
unconventional and personable character. 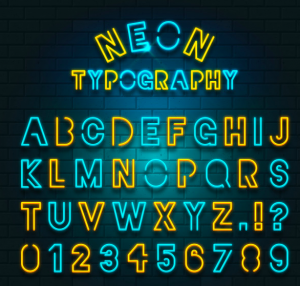 4) DIDOT- Didot typeface was created back in 1799. But before it got famous as
a typeface, it was the name of a family made up of French printers,
punch cutters and publishers in the late 1700s. They created different
versions Didot, one of which can be seen in Giorgio Armani logo. This
font is also commonly seen in the fashion world. It gets along best
with simple, careful kernings and high contrast colors. 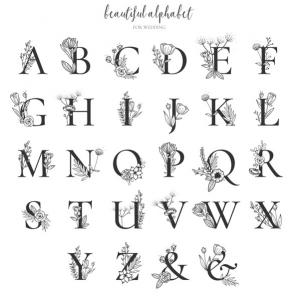 5) ROCKWELL-This typeface was created back in 1934 and is currently out of the
limelight and it’s a standout typeface from the 1930s. It has a classic
slab serif face style which means the series is unbracketed and are
of the same weight to the balance of each character. The shape of this
letterform is quite complex. If you want to have a business dealing in
utility, construction then considers this font to be apt as your signature
look.

6) UNIVERS-This font was created in 1954 by Adrian Frutiger. The designer
Adrian never liked geometric fonts that much, and thus he described
his font as having “visual sensitivity having thick and thin strokes,
avoiding perfect geometry”. This font has a wide range of weight,
widths, and positions and is considered to be one of the first typeface
styles to that represent the idea of a consistent font family. This
attention to detail feature gives the letterform a better and deep
refinement. The perfect example of this font style can be seen in the
cover of Europa/America which creates an international look with the
help of Univers uppercase letterforms. Another one is the eBay logo
that depicts personality. Consider this font if you want to have a logo
with an international appeal.

7) HELVETICA-Created in 1957 by Max Miedinger. The font creation was inspired by
The universe as it was famous before Helvetica. Both the fonts were
famous until the 70s and 80s, when Helvetica was licensed to Xerox,
Adobe and Apple and became one of the major fonts of the
PostScript detection language and thus this font bagged some
international fame. The typeface is simple and utilitarian, with quirky
touches for example- the rounded square tail of the “R”, the narrow “t”
and “f”. Consider this font for a reliable appearance that feels familiar
to new customers and seasoned design observers alike.

8) ITC LUBALIN GRAPH-
The font that was created back in 1974 is full of life. This typeface
was created in several different weights, and it’s said that the IBM
logo by Paul Rand was an elaboration on one of the heavier weights.
This font should be considered for the brand names containing the
letter “Q” and also if you need an energetic and outgoing slab- serif.

Are You Looking For a New Graphic Designer?

Join 500,000+ enterpreneurs & graphics designers who already have a head start

Get free online marketing tips and resources delivered directly to your inbex.

This website uses cookies to improve your experience while you navigate through the website. Out of these cookies, the cookies that are categorized as necessary are stored on your browser as they are essential for the working of basic functionalities of the website. We also use third-party cookies that help us analyze and understand how you use this website. These cookies will be stored in your browser only with your consent. You also have the option to opt-out of these cookies. But opting out of some of these cookies may have an effect on your browsing experience.
Necessary Always Enabled
Necessary cookies are absolutely essential for the website to function properly. This category only includes cookies that ensures basic functionalities and security features of the website. These cookies do not store any personal information.
Non-necessary
Any cookies that may not be particularly necessary for the website to function and is used specifically to collect user personal data via analytics, ads, other embedded contents are termed as non-necessary cookies. It is mandatory to procure user consent prior to running these cookies on your website.
SAVE & ACCEPT