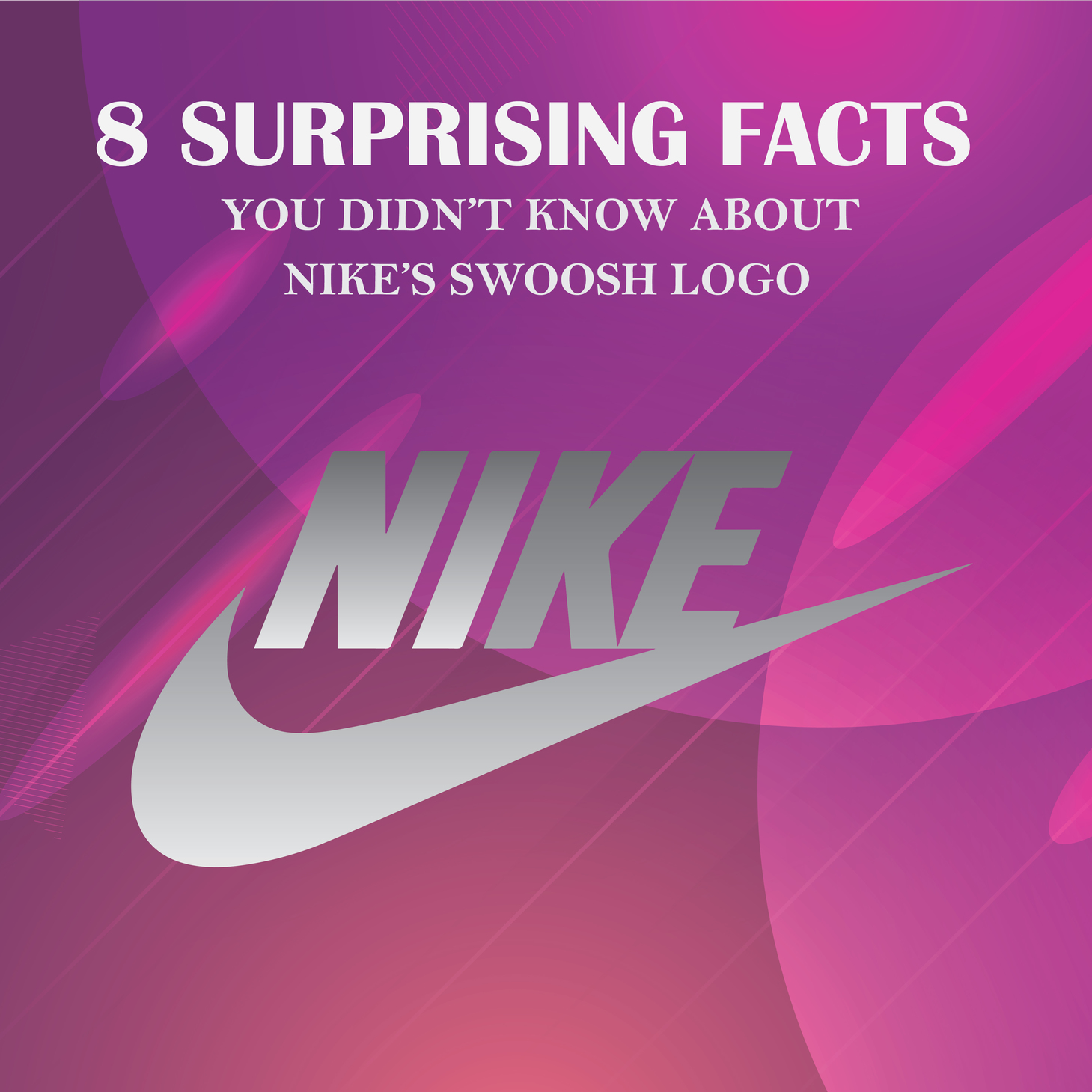 Micheal Jordan, Maria Sharapova, Christiano Ronaldo, Derek Jeter have nothing in common but they endorse the same company that goes by the name Nike. From soccer cleats that did not survive the winter, our condolences, to the timeless "Nike Blazer" introduced in 1973, that still remains the company's one of the best selling sneakers, there is something about Nike that never fails to intrigue us. But none so much, as the iconic Nike swoosh logo, a symbol of contemporary logo artwork, the swoosh logo is synonymous with the brand identity, making it the most recognisable faces in the industry. As the company completes its 56 years of excellence in the sportswear industry, we look at eight lesser-known interesting facts of the swoosh logo.

Nike: From Dream to reality
Nike had a very humble beginning on January 25, 1964, as "Blue Ribbon Sports' ' when Bill Bowerman, an Oregon University Coach and his student Phill Knight decided to open an athletic apparel and utility store. The fundamental idea behind starting a sports footwear firm was apparently Phill Knights, who says that the idea of manufacturing footwears domestically because it would be cheaper came while writing a regular college assignment. With this dream in mind and 0 dollars in the pocket, Nike started its journey, at first selling imported shoes from the back of a truck to the 100 Billion dollar business conglomerate that it is now. 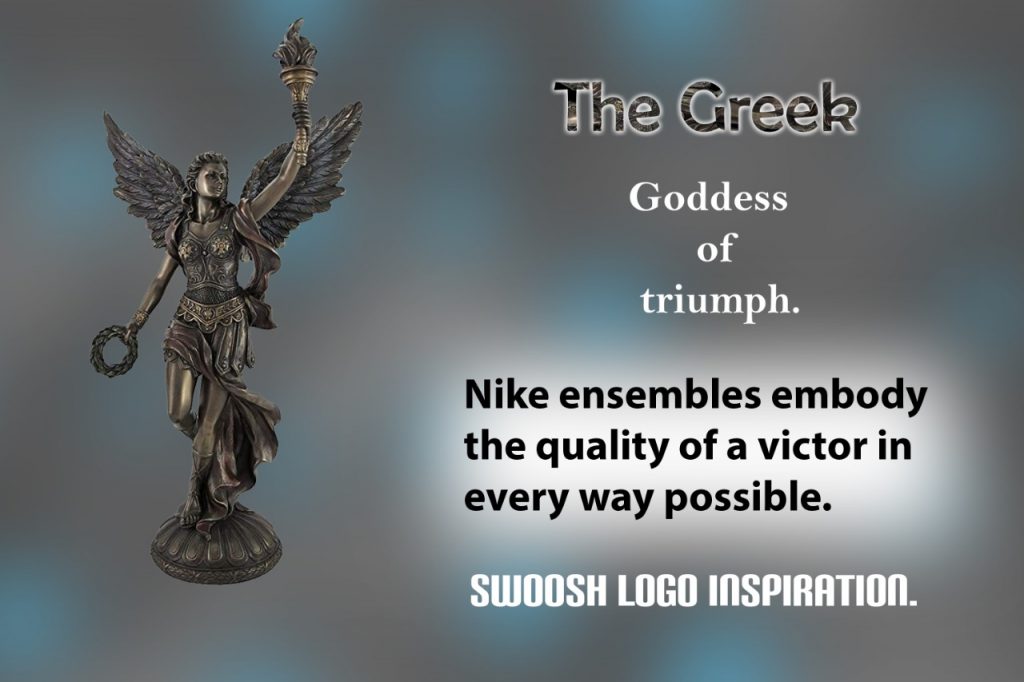 The Greek Goddess of triumph
Before the swoosh logo came, there came a business meeting, appropriately titled, "what to name the company". Phill knight wanted to name it "6 Dimension", Bill Bowerman was clueless, Jeff Johnson, their first employee then came up with the name "Nike' that we know today. The Goddess of victory, durable, sturdy and reliable Nike ensembles embodies the quality of a victor in every way possible. And Jeff Johnson wanted people to believe that he wanted people to feel inspired, invigorated and ready to win their battles against dire obstacles. And thus chose Nike as an outward representation of his vision and feelings. The mythological interpretation has taken a back seat in regards to the utility and accessibility for which the Swoosh logo is basically a universally recognized one. The simplicity speaks a thousand words of the utility and by the end of the line, the actual product delivers on them. It's part of a fun trivia which is often ignored by the Populus for whom Nike is synonymous with athletic status.

Fluid Design
The Nike insignia shaped like a wing signifies fluid streamline motion. Considering the artistic trends of the early 1970s, the Nike logo is unconventional; the winged insignia with the company title in the bold capital font was unlike any other logo that was seen in those times. From a designer’s perspective, the Nike Logo is unobtrusively simple in nature and utilitarian in function. Purpose of a logo is not simply to represent a virtual brand in physical form; it is to be such that it naturally blends with the design element, does not distract the audience but also stands out echoing the brand identity. And Nike Logo does all of these, the design is particularly uncluttered, a winged element with the name of the brand in bold, on a monochromatic background at present, previously it used to be a red colour palette. The Nike Logo never perturbs the balance of the design elements that define the products, but actually enhances the beauty of the product by imparting a fluid streamline element to it. Carolyn Davidson, the designer of the swoosh actually drew ingenuity from Adidas Logo, the arch-rival of Nike, while designing the logo. She transformed the angles of the Adidas logo into a bolder, thicker and a continuous insignia to honour the spirit to continue against insurmountable obstacles.

Colour Palette
The Nike Logo that the present generation is used to seeing and associates the brand with is a swoosh logo in a bold monochrome palette. The monochrome palette adds eloquence to the otherwise simple insignia but in its initial days, the brand logo was actually red. In the words of Phill Knight "in the starting days, it was important for people to associate the brand with athletic sportswear and utilities, so red was the chosen palette". Red is the symbol of energy, youth, vibrancy and activity, also the colour red is visible from a distance and stands out more prominently than "black and white". So red was appropriate for the then prevailing situation and circumstances, as the company grew and developed in both size and prestige, the colour of the Logo was consciously changed to represent a classic product of value.

The first insignia
The image that greets us when we think of Nike is that of a sneaker, a craftily designed, delicately made sneaker, one that would withstand tough weathers and go on. Sure the company made lots and lots of sneakers, different types of sneakers, ones that would be specifically designed for track and field, and others that would suit tennis and badminton players, and even some that are good for regular jogging. However, the Nike Logo that we have come to love so much did not feature on any of the sneakers for the first time. It was actually featured on soccer cleats, or more specifically their first own designed soccer cleats that they will be forced to pull out from the market due to durability issues. Since then the Nike Logo has been a constant, in their ever-changing product line up. The colours, form and structure have changed over the years, but the core aspect of the logo and the values it stands for still remains the same.

Inspiration
It is said that inspirations can come from places we deem too mundane and people too unimportant. In the case of Nike, we cannot speak for sure whether a person destined for the gallows is less important for the society than others, but procuring a logo from a gallow headed person is definitely an unconventional inspiration. It is said that notorious killer Gary Gilmore uttered three words, "Just do it", as the last statement, before his execution in 1971. Nike adopted the slogan in 1988, now as to whether Nike was truly inspired by Gary Gilmore and decided to copy him or was it a mere coincidence that the slogan came to be the same as the killer's statement is up to you to speculate and decide. All we can say is that the slogan is one of those few instances when a brand statement resonates harmoniously with the brand logo, which with respect to Nike, inspires us to wake up, move on and be better than the previous version of ours.

The logo and the fair maiden
Much of the Nike Logos unconventional aesthetics and quirky design can be attributed to Carolyn Davidson. Davidson who was then a graphic design student studying at Portland University was approached by Phill Knight, to design an image that would go with the athletic footwear collection, at a per hour rate. It took Carolyn 17.5 hours to design the logo that would become the company trademark. And for this wonderful job, she was paid only 5, which might not seem much to us, but for Carolyn who was then looking for part-time job opportunities to fund her artwork supplies, that amount was more than enough. Interestingly, after Davidson completed her graphics designing studies, she would go on to work as a full-time designer for Nike for four years and as a freelance designer for more than thirty years.

Gift for the fair maiden
Fair work must also be fairly recognised and fairly rewarded. Nike exceeded all expectations in this regard and proved itself not only a good employer but the best employer. A lesser-known fact about Nike swoosh logo is that after recognising the contributory role of the Nike logo in its impressive success, the co-founder of Nike inscribed the logo in a golden frame and gifted it to its designer Carolyn Davidson as a sign of gratitude. Not only that, Carolyn also received 8000 shares of the company reportedly worth one million dollars as a sign of good faith and superior workmanship. Now that is a reward scheme that every organisation should take inspiration from.

Nike is not just a brand, it is a dream turned into reality through sheer hard work, sincerity and dedication. Starting with just fifty dollars, the company is now worthed at 100 Billion Dollars, and the journey has not been a smooth ride, through ups and downs, trials and tribulations, the organisation has made it so far and one distinct feature that instantaneously differentiates it from others is its iconic Logo. The all recognisable winged entity, inspired by a Greek goddess symbolising triumph, also symbolises the company's dedication to success. At this point, the logo is indistinguishable from the actual brand and this will be a hallmark in the logo design process and one which will inspire the future logos as well.

Get Started with your logo Design today.

This website uses cookies to improve your experience while you navigate through the website. Out of these cookies, the cookies that are categorized as necessary are stored on your browser as they are essential for the working of basic functionalities of the website. We also use third-party cookies that help us analyze and understand how you use this website. These cookies will be stored in your browser only with your consent. You also have the option to opt-out of these cookies. But opting out of some of these cookies may have an effect on your browsing experience.
Necessary Always Enabled
Necessary cookies are absolutely essential for the website to function properly. This category only includes cookies that ensures basic functionalities and security features of the website. These cookies do not store any personal information.
Non-necessary
Any cookies that may not be particularly necessary for the website to function and is used specifically to collect user personal data via analytics, ads, other embedded contents are termed as non-necessary cookies. It is mandatory to procure user consent prior to running these cookies on your website.
SAVE & ACCEPT